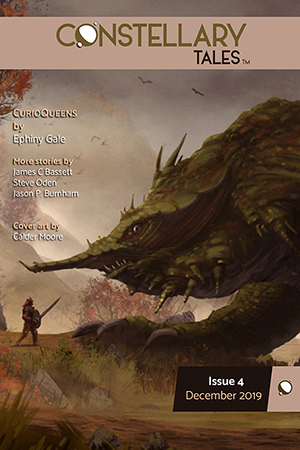 It had become the worst kind of lottery.

Usually the feed was nice background noise, susurrations sending pleasant tingles from deep inside her brain and down her spine.

Today, she had lost touch with Anahira’s comm.

The human speech-mimicking AI sounded frantic, but that might have been a projection of her own anxiety—AIs do not change. Especially not the reader on the deathfeed.

It might have seemed morbid to some, listening to an AI read out the identification numbers of the dead corresponding to their passing in real time. But it was the only advertisement-free feed available, which meant it was comparatively soothing. Everything else was a series of three to eight second assaults, often combined with visual overload. And she needed to stay calm because every second the comm was out, her heart seemed to accelerate.

Until a lottery sequence began. Then it stopped.

The rest of the numbers did not matter. Her Anahira Gildenyx was a 942’er. If only her name was not so blasted common! Quite a few breathless lotteries had passed since they lost contact. No Anahira 942’s yet.

Shit. A 942. Maybe the sector had been compromised.

No, no! That was only the second 942 today. If anything, two 942s for a day was a statistical anomaly for being too infrequent. It was the 354s that were too prevalent.

She had not wanted Anahira to go. In fact, she had begged her not to. And Pilar Sanche was not a beggar. She liked to think of herself as more of a… realist.

Outside of 354 recurrences and Anahira Gildenyx death announcement doppelgangers, only crippling anxiety kept her alert.

Anxiety that the feed was out and anxiety about Anahira having ever left on this project in the first place.

Anahira was fascinated by all things beneath. Whether that was deep oceans, the trenches, underwater vents, hydrogen sulfide annelids, or irregularities of the core’s liquidity. Even plain dirt and earthworms. If you had to go down to get to it, Anahira loved it. That was why she had majored in archeology.

Naturally, she had been the first to volunteer when the fracking disaster incidentally unroofed something never before seen. “The artifact” they called it. Pilar had thought it deserved a better name, but it had stuck.

What was it? Nobody knew. That’s why Anahira had left.

Then there were those weird reports from the field. Way more people having psychotic episodes than would be predicted based on probabilities. People disappearing. Equipment disappearing. The whole reason Anahira had the opportunity was because the first team vanished.

Oh shit. Something was happening in 354.

Then, the AI did change.

Announcement. All persons in 354 are now deceased. Individuals will not be announced in order to maintain continuous reporting of individual deaths in other sectors.

On the other hand, the AI had probably always had programming for such an event.

Wait, who cares about the AI? 354 is gone. The real question was whether it was going to spread into 942.

Pilar suspected that the 354 deaths were somehow related to the artifact. The first three numbers identified the person’s location. The fact that all 354’ers were dead meant that entire district was dead. They were the artifact’s neighbors. Odd that they would go first, before 942.

If I change to the CE feed to figure out what’s going on, I could miss her announcement. She was curious, but not enough to miss Anahira.

As a realist, she suspected she had already lost her. As her wife, she couldn’t give up hope. She needed proof.

The 942s started rolling back in, several hundred in a row. It became tiresome to stay focused.

Maybe I should check the CE feed. But the consecutive 942s seemed to invite Anahira’s name. No sector-wide death announcement is a positive sign, right?

To an outside observer, nothing about the AI cadence had changed. But to her, this moment had lasted longer than the entire history of the universe leading up to it and everything that came after. Civilizations rose and fell, supernovae bloomed, fizzled, and were forgotten in that instant.

Where relief should have flooded, instead anger flared. Irrationally at Anahira’s parents, of all people. We have got to change your name!

She flipped frequencies (just a quick check I won’t miss it) and Anahira’s feed crackled to life.

“Holy Math the Redeemer of all Ignorant Thinking what the fuck on a stick? Where have you been!?”

Intermittent static hissed over the commfeed.

“Hey,” said a calm voice. A thousand moons lifted from her chest.

“You sound pretty relaxed out there with 942 sinking and 354 no longer existing.”

“Are you sure 354 is gone?” Anahira sounded surprised.

“I wish it were that simple.”

“I… I had hoped you would have been sent here so that we could have discussed this in person.” An uncharacteristic reticence filled her voice.

The comm swelled with white noise. No crackling, no speaking, just an ocean-like blow. The silence seemed to push her away, further from Anahira, further from life, from love, from everything that mattered now, had ever, or ever would.

She wished the comm were dead. That she could go back to the anxious ignorance of listening to the AI’s steady deathfeed cadence. At least there was hope then. As long as she didn’t hear her name, there was a chance she was coming back.

She knew the words used to be true.

“There’s… there’s something going on with the artifact. I don’t know what it is, but I have to find out. And even if I didn’t want to find out, I’m not sure the others would let me leave.”

A premonition flickered. She rifled through the bottom doors of her desk and found the old model comm. It ran on discontinued batteries, but… Yes. There were a few loose ones in the junk drawer.

It doesn’t have to work for long.

She could feel the heavy silence on the commfeed. She does still love me. She’s struggling to find the right thing to say.

She flipped on the outmoded comm and it crackled to life. It was already tuned to the deathfeed. Some things never change.

Any minute she expected the AI would proclaim a 354-like obliteration for 942.

“I wish I could explain it to you. If you were here, I wouldn’t have to.”

“I know that isn’t a fair thing to say, but I’m struggling to find the words. There’s… there’s something in the air that makes it hard to think.”

“It’s changing things. I’m still not sure what the artifact is. It looked at first like a petrified, inverted baobab tree, but then it started… budding. I think those little bulbous excrescences are what we’ve been breathing. The wind was blowing toward 354. Maybe that’s why…”

There was commotion on Anahira’s comm.

A pulse. She could feel it through the commfeed somehow.

She took a deep breath.

She sat staring at the two comms, listening as the AI rattled off other 942s. There had been something… off about her. Something in her voice told Pilar that she hadn’t wanted to stay. Spoken through a… filter? Something had held back the words she meant.

Announcement. All persons in 942 are now deceased. Individuals will not be announced in order to maintain continuous reporting of individual deaths in other sectors.

She flipped off the old model comm and tossed it with the batteries into the bottom drawer. She reached for the switch on Anahira’s commfeed, the static guiding her hand forward.

Just as she reached the off switch, the static pulsed her finger away.

Anahira. Her heart thudded in her eyes.

Jason P. Burnham is an infectious diseases physician and clinical researcher. He loves many things, among them sci-fi, his wife and son, metal music, drumming, Rancho Gordo beans, and equality (not necessarily in that order).